The Roman Numeration was developed in Ancient Rome and used for a long time, as the main form of numerical representation in Europe. Unlike Arabic numerals, where each digit has a certain value, depending on its position, in Roman numerals the symbols used always have the same value, regardless of their position. For example, the `X` symbol is always ten in the beginning, middle, or end of the number. Although this system has been used for hundreds of years, it has many drawbacks in arithmetic operations as adding or subtracting. When the Romans created this numbering system, they were not interested in calculations, they just needed a way to represent quantities. It was with the increasing trade and the consequent need for increasingly complex calculations that this system became obsolete and gave way to the decimal system. Did you know that working with Roman Numerals and relating them to our numbering system helps children understand mathematics and also the history of numbers?

According to most historians, the system of Arabic Numeration originated in India, it spread throughout the Islamic world and from there to the rest of Europe. The arrival of Arabic numeration in Europe is attributed to the Italian mathematician Leonardo de Piza because of a book published in 1202. However, the widespread use of this system in Europe only occurred after the invention of the press in 1450. In this system, each figure has a certain value, depending on the position it occupies. For this reason, this numbering system is known as positional system. This Arabic Numeration was adopted practically by all the countries of the world. But despite this apparent standardization, the way the decimal separator is used varies by country. In most European countries comma is used, while in the United States and other English-speaking countries the point is used. As for the separator of thousands, precisely the reverse is done.

While great efforts have been made to ensure the accuracy of our conversion formulas, as well as all other information that is presented on our website, we can not give any guarantee or be held responsible for any errors that may have been made by our automatic calculators. As such, we urge our users to immediately contact with us if they find any error in the conversions made. Of course, we will try to correct any reported anomalies as quickly as possible! Thank you. 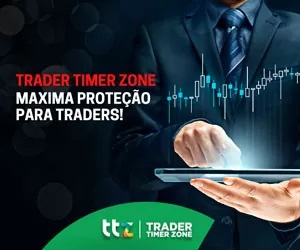